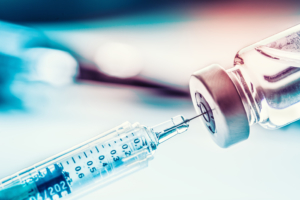 Shingles are most common in adults over 50 years of age.  You must have previously had the chickenpox to contract shingles.

The Zostavax lawsuits allege that Merck & Co. became aware that the vaccine could cause patients to contract the shingles during its premarket approval trials and did not list the possible side effect until December of 2014, seven years after the FDA approved it.

The National Vaccine Injury Compensation Program allows patients to recover millions for the harm they suffered.  There are no specific types of injuries that must be sustained in order to entitle a petitioner to compensation, however, the person bust have had side effects from the vaccine that lasted 6 months or more, resulted in a hospital stay or, resulted in death.

Currently, there more than 50 lawsuits in the United States against Merck & Co. for the Zostavax shingles vaccine.  We believe there are many more potential patients that have been affected by the vaccine.

If you or a loved one suffered from side effects from Merck & Co.’s Zostavax shingles vaccine, please call the experts at Inserra Kelley Sewell to see whether you might be entitled to compensation.

What You Need to Do After a Bike Crash in NebraskaOpioid Drugs are killing over 70,200 people a year
Scroll to top