POSSIBLE HEALTH ISSUES FROM EXPOSURE TO CHEMICALS AT CAMP LEJEUNE 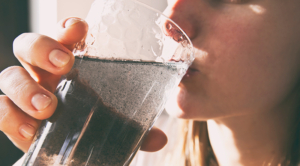 Enlisted service members or civilians who lived, worked, and served at the Marine Corps Base Camp Lejeune between August 1953 and December 1987 may have been exposed to drinking water contaminated with toxic chemicals. Exposure to these toxins is connected to a variety of health issues, including some types of cancer. The lawyers at Inserra | Kelley | Sewell Injury Attorneys are interested in helping anyone in Nebraska or Iowa who have suffered injuries and were at Camp Lejeune at that time.

The U.S. House of Representatives and U.S Senate passed a bipartisan bill that allows a two-year window for victims of Camp Lejeune-related water contamination illnesses to file claims for damages against the United States Government.

When signed into law, hundreds of thousands of veterans and their families may finally be able to find justice for the harm they suffered.

The contamination of drinking water at Camp Lejeune started in the early 1950s, and the contaminated wells were shut down in 1985.

The Agency for Toxic Substances and Disease Registry (ATSDR) has been assessing the health risks from the toxic chemicals that were found in the water samples since the late 1980s. The organization estimates that as many as one million military and civilian staff and their families may have been exposed to the contaminated drinking water.

Chemicals found at the water treatment plants in the 1980s include:

Not everyone who is exposed to these toxins will develop a health problem. The effects depend on:

The ATSDR studied the chemicals found in the Camp Lejeune water and determined there was sufficient evidence to connect exposure to them with the following potential health effects:

In addition, the ATSDR also found other health effects linked to these chemicals in populations other than Camp Lejeune who worked with and/or drank water contaminated with these chemicals.

If you or a loved one lived and/or worked at Camp Lejeune between August 1953 and December 1987 and later suffered one of these illnesses, you may be eligible to file a claim for VA benefits. Once the Camp Lejeune Justice Act of 2022 officially becomes law, you may also be able to file a personal injury lawsuit to recover damages.

What our clients say:

We work hard for our clients by listening to their needs, focusing on their health, and then fighting aggressively for the help they need. Below are testimonials from some of these great clients. Contact us to see how we can help you.

Mike Boner
00:44 25 Feb 21
Did everything they could for my case and did it professionally and kept me updated all the time!

Adrian Westcott
21:02 20 Oct 20
Working with Craig Kelley was great he made it very simple and easy, he knew everything that needed to be done and... helped me through every step, he was very kind and easy to work with and talk to, and explained anything i didn't understand. The entire staff was very professional and kind as well. I hope to not ever have to have an attorney again BUT if I do I will not hesitate to have Craig as my first and only call. Thank you Craig Kelley from the bottom of mine and my family's heart you were amazing and very helpful.read more

Jerod Weston
20:49 06 Aug 20
I would highly recommend IKS to anyone! Everyone on the team is caring and professional and always willing to help out... and answer any and all questions! I never left feeling anything less than confident in the team. All emails and calls were answered in a timely manner! Great experience!read more
Next Reviews

Contact us now for a free, confidential consultation on your personal injury case. We focus on healing, then get results.