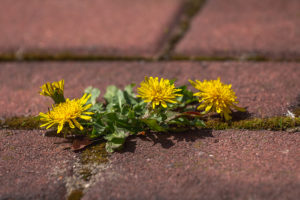 A California jury awarded a former groundskeeper $289 million.  He claimed the weed killer Roundup gave him terminal cancer. He was a groundskeeper at a school outside of San Francisco and estimated he used Roundup about 20-30 times a year.  He was diagnosed with non-Hodgkin’s lymphoma in 2014. He contacted Monsanto, who makes Roundup, to find out if there was a correlation between the herbicide and his cancer. They told him no so he continued to use the product. The cancer spread, and lesions covered as much as 80% of his body at the time of trial.  In March of 2015, the World Health Organization said that the herbicide glyphosate in Roundup was probably carcinogenic to humans. It is one of the most commonly used herbicides in the United States. Monsanto, continues to deny that Roundup causes cancer. The victim’s attorney estimated there are 50,000 potential claims across the country.